Out of the roughly 940 people that have appeared on The Joe Rogan Experience podcast, it’s only natural that a few guests have since passed away. A total of 14 former JRE guests are deceased with four dying in 2018 alone. The most common causes of death are cancer and suicide. Rest in peace to those JRE guests that are no longer with us. Their voices live on.

The most recent death among former JRE guests was Gilbert Gottfried, a stand-up comedian and actor. He died on April 12, 2022 after a long battle with myotonic dystrophy type II. He was 67 years old.

Louie Simmons was a powerlifter, strength coach, and founder of Westside Barbell. He died on March 24, 2022. The cause of death is unknown. He was 74 years old.

Bob Saget was a stand-up comedian, actor and TV host. He died in an Orlando, Florida hotel room on January 9, 2022 due to accidental blunt head trauma. He was 65 years old.

John McAfee was the creator of McAfee antivirus software. He died in a Barcelona jail cell on June 23, 2021 due to suicide. He was 75 years old.

John McAfee appeared on JRE #290 in 2012. The interview was conducted over the phone while McAfee was on the run from the police in Belize.

RIP to the great @johnnywitherspoon absolutely one of the funniest human beings that has ever lived. He made my face hurt from laughing the last time I saw him. Love and respect to his family. He will be greatly missed.

John Witherspoon was a stand-up comedian and actor. He was best known for playing Ice Cube’s father in the Friday movies. Witherspoon died on October 29, 2019 due to cardiac arrest. He was 77 years old.

The comedy community has lost one of its funniest, kindest people today. @brodyismefriend I will miss you terribly.

Stand-up comedian and actor Brody Stevens was a staple at The Comedy Store and known for his roles in the movies The Hangover, The Hangover II and Due Date. He died on February 22, 2019 due to suicide. He was 48 years old. Rogan has remembered Brody a number times on the podcast including JRE #1252 with Dave Foley & Paul Greenberg, JRE #1304 with Brendan Schaub and JRE #1307 with Greg Fitzsimmons.

I woke up this morning to great sadness. You were a real original, and it was an honor to call you a friend. I will miss you very much.

Anthony Bourdain was a chef, author and television personality who is best known for hosting the travel/food TV series No Reservations and Parts Unknown, and for his bestselling book Kitchen Confidential. Joe Rogan appeared on the Montana episode of Parts Unknown (S07E04) and considered Bourdain a friend. Bourdain died in France on June 8, 2018 due to suicide. He was 61 years old. Rogan has addressed Bourdain’s passing many times on the podcast including just a few days after his death on JRE #1129 with Tom Papa and on JRE #1176 with Morgan Fallon who worked on all of Bourdain’s TV shows.

Rest In Peace, Barry Crimmins. You were a beautiful soul and a fantastic stand up comedian. It was an honor to call you a friend. See you on the other side, my brother.

Barry Crimmins was a stand-up comedian, activist, political satirist and writer. He also founded two comedy clubs in Boston: Stitches and The Ding Ho. Crimmins died on February 28, 2018 due to cancer. He was 64 years old.

Barry Crimmins appeared on JRE #679 with Bobcat Goldthwait in 2015. They were promoting Call Me Lucky, a documentary that Goldthwait directed about Crimmins’ life.

John Anthony West, it was an honor to get to know you. I’ll see you on the other side. RIP

John Anthony West was an author, writer, rogue Egyptologist, tour guide and Emmy Award winner. He is best known for his documentary series Magical Egypt and as a proponent of the Sphinx water erosion hypothesis. West died on February 6, 2018 due to cancer. He was 85 years old. Joe Rogan discussed West’s passing on the podcast a few days after his death at the very beginning of JRE #1075 with Duncan Trussell. Rogan said that John Anthony West was one of his favorite people ever to have on the podcast.

Rogan doesn’t do Skype interviews but made an exception for John Anthony West’s first appearance on JRE #226 in 2012. West appeared in-studio on JRE #852 in 2016.

Ralphie May was a sweetheart of a guy and I’m going to miss him.

Ralphie May was a stand-up comedian. He died on October 6, 2017 due to cardiac arrest at 45 years of age. He suffered from high blood pressure and heart disease. Joe Rogan and Brian Redban reminisced about Ralphie May on JRE #1026. May was close friends with Joey Diaz and Bert Kreischer.

Ralphie May was one of the earliest guests on the Joe Rogan Experience podcast appearing on JRE #59 in 2010.

I loved this man. I had the pleasure of going on a tour with him 10 years ago and we had an amazing time. He was one of he best story tellers that has ever lived, and I'll miss him dearly.

Charlie Murphy was a stand-up comedian, actor and writer. He is best known for his work on Chappelle’s Show and as Eddie Murphy’s older brother. Murphy died on April 12, 2017 due to leukemia. He was 57 years old. Joe Rogan paid tribute to Charlie several times on the podcast including JRE #1036 with Ari Shaffir, Bert Kreischer & Tom Segura and JRE #1249 with Donnell Rawlings.

Charlie Murphy appeared on JRE #133 in 2011 where he told a crazy story about Mike Tyson’s lion.

Rest in peace, Michael Ruppert. It was an honor calling you a friend. http://t.co/SQMpfhX6Bc

Michael Ruppert was a former LAPD officer, author, writer and activist. He was known for this famous video where Ruppert confronts the CIA director at a town hall meeting about the CIA’s involvement in drug dealing. He was featured in several documentaries including Collapse which was based on his book A Presidential Energy Policy. Ruppert died on April 13, 2014 due to suicide. He was 63 years old.

I just got horrible news that @philipcoppens has passed away. Met him when he did my podcast, he was a sweet and intelligent man. RIP

Philip Coppens was a Belgian author, writer, radio host and commentator. He is best known for his numerous appearances on the TV series Ancient Aliens. Coppens died on December 30, 2012 due to cancer. He was 41 years old. 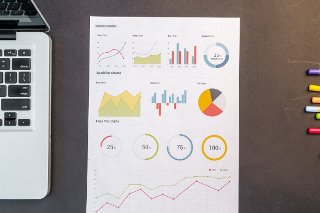 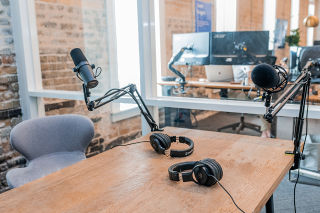 List of Podcasts with Joe Rogan as a Guest 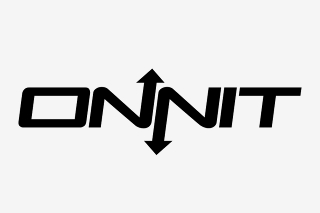