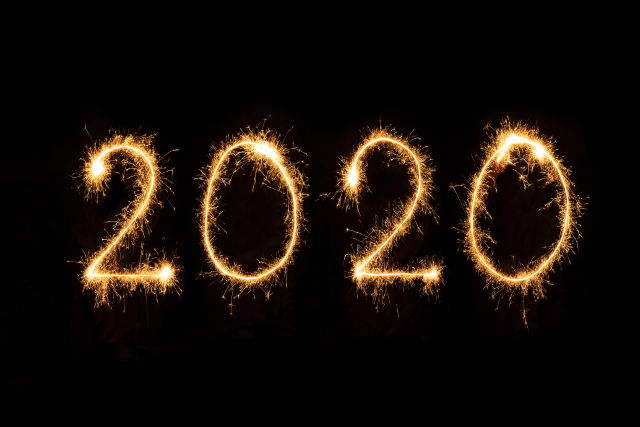 When Joe Rogan started the year by going on a strict carnivore diet for the month of January, he never could have imagined how strange his – and everyone’s – 2020 would turn out to be. By mid-March, Los Angeles would be on lockdown, The Comedy Store would close and he would not perform stand-up again until December. Despite the pandemic restrictions and disruptions, 2020 was a hugely successful year for Rogan.

The Joe Rogan Experience podcast became more popular and influential than ever before. Elon Musk and Alex Jones returned for the two biggest episodes of the year. The Kanye West appearance finally happened nearly 22 months after his “Podcast coming soon” tweet. In May, Rogan inked a 9-figure deal to make the podcast exclusive to Spotify. He then moved his family and Young Jamie to Texas at the end of August. And by early September, the new podcast studio in Austin was up and running.

For this Year in Review, we’ve compiled some of the publicly available metrics and summarized the key events related to the JRE podcast in 2020. Jump straight to the infographic or read more details in the article below. Check out our JRE Podcast 2019 Year In Review to compare.

Number of JRE Podcast Episodes in 2020

The total number of JRE podcast episodes released in 2020 was 200. This number includes:

There were 21 fewer episodes in 2020 compared to 2019. This was the first time in 5 years that the number of episodes has decreased from the previous year.

Length of JRE Podcasts in 2020

If you were to listen to every episode of the JRE podcast from 2020, it would take a total of 541 hours (sponsored ad reads were not included). That’s the equivalent of 22.5 days or 6% of an entire year. This is 10 hours longer than the total number of hours of 2019’s JRE podcasts.

The average length of an episode of the JRE podcast in 2020 was 2 hours 42 minutes.

The longest episode of 2020 was JRE #1530 with Duncan Trussell at 5 hours 19 minutes which now holds the record for the longest JRE podcast of all-time!

Most Watched JRE Episodes of 2020

Most JRE Guest Appearances in 2020

Brendan Schaub and Bryan Callen tied for the most JRE guest appearances in 2020 with 6 a piece. Four of Schaub and Callen’s episodes were Fight Companions which also featured Eddie Bravo’s only appearances of the year. Callen’s surprise, uncredited appearance during Chris D’Elia’s now deleted episode is also included.

The year’s next most frequent guest was Tim Dillon with 5 appearances. Joey Diaz and Tony Hinchcliffe each did 4 episodes in 2020. Duncan Trussell, Brian Redban, Tom Papa, Suzanne Santo, Mike Baker and Lex Fridman appeared on the JRE podcast 3 times each.

Most Watched JRE Clips of 2020

From the official JRE Clips YouTube channel, the most watched video clip of The Joe Rogan Experience in 2020 was How Serious is the Coronavirus? Infectious Disease Expert Michael Osterholm Explains from JRE #1439. The 5 most watched JRE clips of 2020 account for over 52 million views.

It should be noted that video clips are no longer uploaded to the JRE Clips channel on YouTube. They are released on Spotify as JRE Clips (under ‘Podcasts’) and also on the official PowerfulJRE YouTube channel. As part of the deal with Spotify, Rogan can continue to upload 3 to 4 clips from each episode to his YouTube channel.

Most Mentioned Books on JRE in 2020

Back in March when Los Angeles went into lockdown due to the pandemic, JRE fans were unsure what that meant for the future of the podcast. Fortunately, podcasts were deemed an essential service and were exempt from the restriction orders. The Joe Rogan Experience was able to continue recording podcasts but this did not mean business as usual. Rogan began requiring every podcast guest to take a rapid antigen test for Covid-19 upon arrival to the studio.

Prior to 2020, Rogan was strongly against hosting remote podcast guests via video conferencing software but made an exception for John Anthony West (JRE #226) due to health reasons. However, with lockdowns, travel restrictions and the reluctance of some guests to get on a plane in 2020, Rogan gave in and recorded a total of 17 episodes remotely with guests who were not in-studio.

In October, Rogan announced that Young Jamie tested positive for Covid-19 and the podcast had to temporarily shut down. Luckily, former JRE producer Brian Redban was able to fill-in for 3 episodes until Jamie returned for JRE #1555 with Alex Jones.

On May 19, 2020, Rogan made a surprise announcement that The Joe Rogan Experience podcast would become available on Spotify starting in September and become exclusive to Spotify on December 1, 2020. This multi-year licensing deal is reportedly worth north of $100,000,000.

The first episode recorded under the Spotify deal was #1530 with Duncan Trussell. Rogan could not wait for the September 1st start date and released it a day early. It took only 3 months for The Joe Rogan Experience to be declared Spotify’s most popular podcast of the year.

Nearly all episodes of the JRE podcast were removed from YouTube on December 1 as part of the Spotify deal. Rogan is allowed to keep around 100 episodes on his YouTube channel which include the most viewed podcasts and his personal favorites.

The move to Spotify wasn’t without some controversy as fans quickly noticed that several episodes were not transferred over with the others. The missing episodes include some of the more controversial guests who’ve appeared on the podcast but also some others for reasons that are unclear. A few of these episodes were added later but many are still missing.

After interviewing several Democratic Presidential Primary candidates in 2019, Joe Rogan’s political influence grew larger in 2020. He was attacked by liberals on Twitter who didn’t approve of his endorsement of Bernie Sanders. The President of the United States tweeted and retweeted multiple clips of the podcast. Donald Trump openly supported the idea of debating Joe Biden on the JRE podcast which led to a petition with nearly 300,000 signatures to make Joe Rogan a 2020 Presidential Debate Moderator. The JRE election night live stream has been viewed by 10 million people. Rogan was even invited to have dinner with the Governor of Texas at the Governer’s mansion.