If you’re in need of a good book suggestion, why not pick up one of Joe Rogan’s favorite books. He has recommended each of these books multiple times on the Joe Rogan Experience Podcast. They are also included in our list of the most mentioned books. The books cover a wide range of topics and themes which are frequently discussed on the podcast – psychedelics, consciousness, creativity, motivation, ancient civilizations, martial arts, mastery, and conspiracies. Looking at the list, it’s clear to see how each book has helped shape Rogan’s worldview.

Food of the Gods by Terence McKenna

Buy on Amazon
During the Q&A portion of his 2009 comedy special, Talking Monkeys In Space, an audience member asked Joe Rogan what his favorite book is. His answer was Food of the Gods by Terence McKenna (you can listen to his complete answer below). McKenna was an ethnobotanist and psychonaut who greatly influenced Rogan’s views on psychedelics and consciousness. In Food of the Gods, he explores the role that plants, drugs and altered states of consciousness have played throughout human history. Fans of the podcast are no doubt familiar with the ‘stoned ape theory’ linking human evolution with the use of psilocybin mushrooms, which McKenna proposes in the book. His underlying message is that humans need to revive their historical relationship with psychoactive plants in order to avoid destroying the planet and themselves.

The War of Art by Steven Pressfield

Buy on Amazon
The War of Art by Steven Pressfield is highly recommended by Joe Rogan and perhaps the most frequently mentioned book on the JRE Podcast. Rogan has been giving copies of the book to comedians, friends and podcast guests for years. The War of Art is about overcoming the obstacles to creativity which Pressfield calls ‘Resistance’. The book helps you identify these internal barriers to success, provides a plan to conquer Resistance and inspires you to get shit done. It’s the type of book you’ll want to highlight and bookmark to re-read specific sections.

Steven Pressfield was a guest on episode #405 of the podcast.

Today the author of one of my favorite books, The War Of Art @SPressfield joins @WarriorPoetUS @redban & me at 3pm PT http://t.co/RQFvBjiJjs

Fingerprints of the Gods by Graham Hancock

Buy on Amazon
Rogan has said that Graham Hancock influenced his views on history more than anybody ever (JRE #142 @ 00:44). In Fingerprints of the Gods, Hancock theorizes that a previously unknown ancient civilization was much older and far more advanced than we’ve been led to believe was possible. A cataclysmic event erased them from history and a few survivors traveled the world to spread their knowledge to civilizations in Egypt and the Americas. Recounting his extensive travels to megalithic sites, Hancock attempts to solve this mystery using maps, ancient myths and astronomy. Recent discoveries continue to move back the timeline of ancient history. If you enjoyed this book, check out the sequel Magicians of the Gods, released 20 years after the original.

I believe we are a species with amnesia.- Graham Hancock

The Book of Five Rings by Miyamoto Musashi

Buy on Amazon
Miyamoto Musashi was a legendary samurai and expert swordsman during Japan’s feudal period. He traveled the country as a rōnin and was undefeated in 60 duels. Musashi was also an accomplished writer, painter, sculptor and calligrapher. Around the year 1645, he wrote The Book of Five Rings, a book on fighting strategy and philosophy. The principles taught in the book can be applied to many things in life, not just martial arts. Executives have adopted The Book of Five Rings as a guide on how to be successful in business. You may have heard Joe Rogan repeat the quote below from the book. In other words, it means that achieving excellence in anything increases the potential for excellence in everything. It has inspired Rogan to be a well-rounded and balanced individual like Musashi. He even has a Miyamoto Musashi tattoo on his right arm.

If you know the way broadly, you will see it in everything. – Miyamoto Musashi

Buy on Amazon
While Joe Rogan may have passed the tinfoil hat over to Eddie Bravo, his fascination with the assassination of President John F. Kennedy remains. Reading Best Evidence by David S. Lifton is what made Rogan believe the JFK assassination really was a conspiracy. Originally released in 1980, Best Evidence is a best-selling yet controversial book. Lifton’s main theory is that Kennedy’s body was altered between the hospital and the autopsy site to cover up evidence of multiple shooters. Updated versions of the book included the first published photos of Kennedy’s autopsy. Best Evidence is Rogan’s favorite conspiracy book and he frequently mentions Lifton’s theories on the podcast.

Thanks! My favorite JFK book is Best Evidence by David Lifton. Probably my favorite conspiracy book ever. https://t.co/NfsiEMnubK https://t.co/0npKGjZGWV 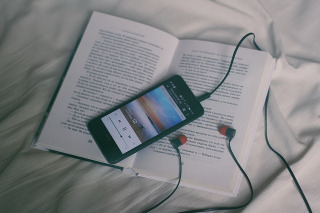 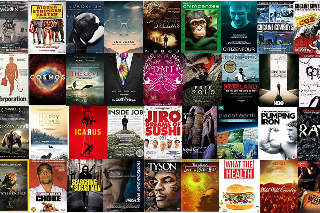