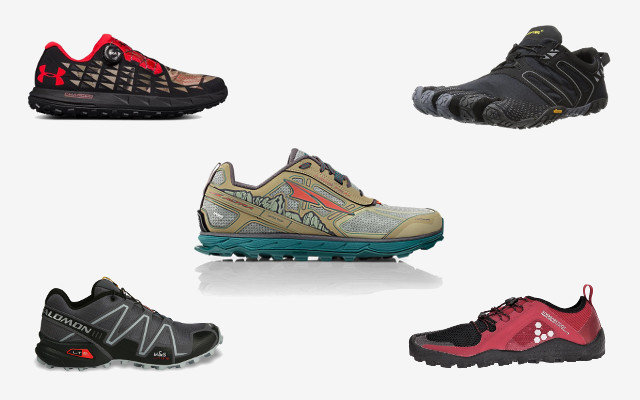 Joe Rogan was never a fan of doing cardio. He was surprised how out of shape he felt after struggling to finish the Cameron Hanes Keep Hammering 5k run in February of 2017 which he did not train for. About a month later he started running on a regular basis to improve his lack of endurance. Rogan does hill sprints and runs the trails near his house while staying away from running on concrete or asphalt.

Rogan has tested several different brands and models of trail running shoes including Under Armour Charged and Merrell Vapor Glove 2. He’s also sought the advice of veteran ultra marathon runners including Zach Bitter, Courtney Dauwalter, David Goggins and Cameron Hanes to find out what shoes they train and compete with.

World record holder and three-time National Champion ultra marathon runner Zach Bitter recently provided his running shoe buying tips on the podcast. In JRE #1392, Bitter explained that runners can reduce injury risk simply by wearing more comfortable shoes. He suggested trying on many different pairs of running shoes and buying the most comfortable ones. Bitter mentioned that runners with lower leg injuries, pain or soreness should select a running shoe with lots of cushion to soften the impact forces. Runners dealing with knee or hip issues should use a shoe with less cushion which allows for a more precise foot plant and activates the lower leg muscles.

Recently Joe Rogan started running in Altra Lone Peak 4 Low RSM trail running shoes. At the very beginning of JRE #1392 with Zach Bitter, he thanked the Altra-sponsored athlete for recommending them. The Altra Lone Peak 4 Low RSM trail running shoes are 100% waterproof and built for any weather conditions (RSM stands for rain, snow, and mud). Rogan really likes the wide footshape toe box which allows the toes to spread out naturally for stability and comfort. He can be seen wearing the green Altra Lone Peak 4 shoes around the studio here and here.

Joe Rogan’s interest in minimalist shoes led him to try Vibram Five Fingers V Trail Runners. The lack of cushioning forces you to land on the balls of your feet while running rather than landing on your heels. Your toes also spread out giving you a better grip and feel for the ground. It’s important to ease into running with toe shoes after switching from regular running shoes to avoid injury. The different running style takes some getting used to and you need to build up strength in your feet. Rogan noticed a little bit of foot and ankle pain when he first started so he listened to Mark Sisson’s advice to start slow and dialled it back. It’s also the reason why he alternates between these shoes and Salomon Speedcross 3 Trail Runners. Joe credits the Vibram Five Fingers shoes for his improved ability to hold yoga poses by increasing his foot strength.

Joe Rogan discussed running shoes with Courtney Dauwalter on episode #1027 of the JRE Podcast. Courtney is an ultra marathon runner who won the 2017 Moab 240 race in Utah. She finished the 238.3 mile course in just under 58 hours, beating the 2nd place finisher by over 10 hours. Joe loves Salomon’s trail running shoes and so does Courtney. He wears the Salomon Speedcross 3 Trail Runner shoes. They are lightweight with an aggressive tread for running technical trails. Rogan alternates these shoes with his Vibram Five Fingers Trail Runners while maintaining the same running style, landing on the balls of his feet. A newer version, the Salomon Speedcross 4 Trail Runner, is also available.

I tried these @salomonrunning trail runners today. I like them a lot. The dad socks are staying though ??

Joe Rogan recently tried another trail runner with no padding, Vivobarefoot Primus Trail SG. He wanted a shoe with more traction when the trail conditions are muddy. He likes the wide toe box which allows him to spread his toes out to get a better grip on the terrain. The sole is thick enough that he can maintain a face pace while running over jagged rocks. These Vivos are water-wicking, quick-draining and have a breathable mesh.

When Rogan wants a break from minimalist running shoes for something with padding, he wears Under Armour Fat Tire 3 trail running shoes. His friend Cameron Hanes, an ultra-marathon runner, hooked him up with these running shoes which are super cushiony and have excellent grip. 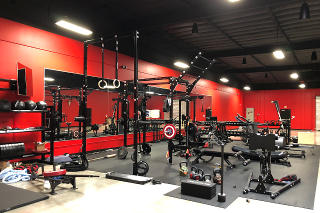 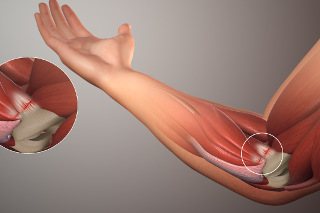 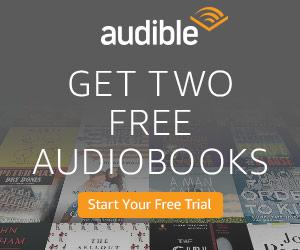