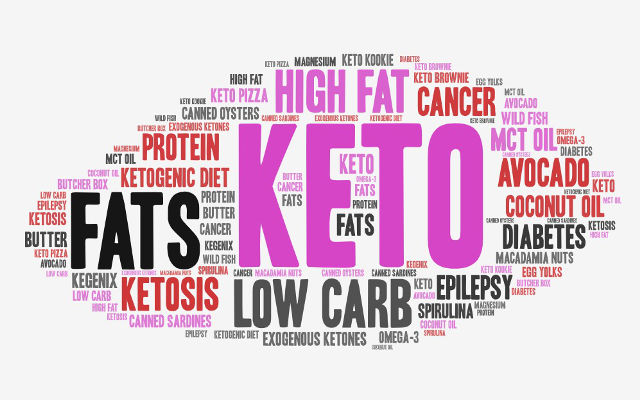 Joe Rogan has been an advocate of the ketogenic diet for a few years now. The ketogenic diet (also known as keto) is a low carbohydrate, high fat diet that puts your body in a metabolic state called ketosis. The liver converts fat into ketones which your body uses for energy instead of glucose from carbs. Many people use a keto diet to lose weight but there are also several health benefits especially for those diagnosed with cancer, diabetes and epilepsy. Joe Rogan says he’s mostly keto although he does cheat on occasion especially when on vacation or for linguine with clams.

Dom D’Agostino was a guest on the JRE Podcast #994. Dr. D’Agostino is one of the leading experts on ketosis and the ketogenic diet. He is an Associate Professor (Department of Molecular Pharmacology and Physiology) at the University of South Florida Morsani College of Medicine in Tampa and a Research Scientist at the Institute for Human and Machine Cognition (IHMC). His research focuses on the effects of nutrition on diseases that impact muscles and movement.

If you’re currently on a ketogenic diet, considering going keto or just wondering what keto is all about, this episode is definitely worth listening to. D’Agostino goes in-depth on the science and research behind the ketogenic diet. He discusses the types of foods he typically eats (roughly the same 12 to 15 foods every week including lots of egg yolk omelets) as well as the keto products he personally uses and recommends to those on a keto diet. People send him a ton of keto products which he personally vets out by testing his blood glucose response and ketone levels. He only likes about 10% of the products sent to him.

Kegenix PRIME is an exogenous ketones supplement based on the research of Dom D’Agostino. If you’ve been kicked out of ketosis, exogenous ketones will get your body back into ketosis within 60 minutes. Kegenix PRIME contains beta-hydroxybutyrate (BHB) salts and medium-chain triglyceride (MCT) powder which you mix with water and drink. When ketone salts are combined with MCT oil, the boost in ketone levels is higher than with BHB salts alone. Kegenix PRIME is available in two flavors: Orange Blast and Lemon Twist. D’Agostino has tested and uses Kegenix PRIME which he considers to be one of the best ketone products on the market. Joe Rogan drinks Kegenix before doing difficult mental tasks and before working out. He likes to mix it with Onnit Alpha BRAIN Instant.

Pruvit Keto//OS is another brand of exogenous ketones supplements with BHB salts. There are a few different versions of Keto//OS. Keto//OS 2.1 (Orange Dream flavor) consists of BHB salts and MCT powder, and contains dairy. Keto//OS 3.0 (Chocolate Swirl flavor) consists of BHB salts and an amino acid blend. It does not contain MCT powder and is dairy-free. Keto//OS MAX (Maui Punch or Raspberry Lemonade flavors) has a different blend of BHB for faster absorption and contains no MCT or dairy. They are available with caffeine (‘Charged’) or without. Pruvit Keto//OS is available in packs of 3, 5, 15 or 30 single serving packets as well as 30-serving tubs. Joe Rogan has used this product. Dom D’Agostino has tested and uses Pruvit Keto//OS 2.1. He considers it one of the best ketone products on the market.

MCTs or medium-chain triglycerides are a type of saturated fatty acid. MCT oil is typically produced from coconuts and is an excellent source of healthy fats. It can be mixed in coffee, drinks and smoothies or used for baking. MCTs are easily digested and quickly converted by the liver to ketones for fuel. They also improve cognitive function. Dom D’Agostino did not recommend a specific brand of MCT oil on the JRE podcast but has recommended Quest Nutrition MCT Oil Powder on other podcasts and on his website. MCT oil is also available in liquid form from Onnit, Caveman Coffee and other brands.

Staying in ketosis while traveling can be difficult when your food choices are limited. Dom D’Agostino packs canned sardines in his bag for simple keto meals. He says they’re the perfect keto food. Canned sardines won’t spill or go bad and you can eat them straight from the can. Sardines also contain fewer toxins than tuna. One can of Wild Planet sardines contains 25g of protein, 20g of fat and 0g of carbs. D’Agostino strangely considers Wild Planet sardines to be a treat and he looks forward to eating them. Wild Planet Sardines are lightly smoked and packed in extra virgin olive oil with or without lemon. They are available in packs of 6 or 12 cans.

Coconut oil is another staple in the ketogenic diet as a source of healthy fats. Many people on a keto diet use coconut oil daily for cooking, baking, mixed in their coffee or simply eat it by the spoonful. Joe Rogan uses coconut oil to cook a lot of his vegetables.

Macadamia nuts are one of the 12 to 15 foods that Dom D’Agostino eats every week. He gets a lot of his fats from macadamia nuts. A single serving of macadamia nuts contains 2g of protein, 21g of fat and 4g of carbs.

Butcher Box is a subscription service offering a mix of high quality cuts of meat (beef, chicken or pork) delivered to your door. The meat is shipped frozen in an insulated box. They use grass-fed and grass-finished beef as well as free-range and organic chickens. All meats are free of antibiotics and hormones. Dom D’Agostino uses Butcher Box for a majority of his dinners, opting for fatty cuts of meat.

Discount: Use the promo code ‘ROGAN’ to get $10 off and free bacon.

Eliminating foods from your diet while going keto may result in a depletion of certain micronutrients. Dom D’Agostino suffered from late night cramping and found that he was low in magnesium after doing blood work. He takes magnesium supplements, mentioning magnesium glycinate which also has a calming effect. Other types of magnesium supplements include magnesium citrate and magnesium chloride.

Dom D’Agostino says that Keto Kookies are his keto comfort food. He can eat 3 packs (6 cookies) in one sitting and stay in ketosis. Keto Kookies are made using nut flours, grass fed butter, coconut oil and MCT oil. They are naturally sweetened with erythritol and monk fruit extract making them non-glycemic. Flavors include chocolate chip, peanut butter, double chocolate, and cinnamon snickerdoodle. They are sold in 10 packs of 2 cookies each (20 cookies total).

An alternative keto-friendly cookie that Joe Rogan really likes is KNOW Better Cookies by KNOW Foods which he mentioned on JRE #1037 with Chris Kresser. Each KNOW Better Cookie has 18g of protein, 32g of fat and only 4g of net carbs. They are sweetened with Allulose, a rare sugar with 1/10th the calories of traditional sugar and nearly non-glycemic. Sold in packs of 4 big cookies and available in chocolate chip, double chocolate chip, cinnamon, lemon or variety pack.

On more recent podcasts, Joe Rogan has repeatedly mentioned that he’s a big fan of KNOW Better Waffles with KNOW Better Maple-Flavored Syrup. These waffles are gluten-free, low carb and keto-friendly. Each serving of KNOW Better Waffles has 12g of protein, 12g of fat and only 4g of net carbs. They are available in 3, 6 or 9 packs of 4 waffles, with or without chocolate chips.

ENERGYbits are made from organic spirulina algae. There are no additional ingredients. Spirulina is high in phyto nutrients and contains a significant amount of protein. ENERGYbits give you a natural boost in energy like coffee or an energy drink but contain no sugar and have no glycemic effect. Each tablet is only a single calorie. They can be chewed or swallowed whole. Dom D’Agostino consumes a pack of 1000 tablets in a month (typical serving size is 30 tablets).

Keto Brownie is another keto food that Dom D’Agostino travels with and one of his go to keto snacks. Each chocolate almond crunch brownie bar contains 11g of protein, 16g of fat, and 4g of net carbs. Sold in packs of 12 brownies.

Dom D’Agostino hadn’t heard of Cave Shakes until they were introduced to him by Joe Rogan. A Cave Shake is a high fat, low carb, coconut milk shake that is full of MCTs. They make an excellent dessert for those on a keto diet and are so thick you can eat one with a spoon. They come in four flavors: chocolate, vanilla, strawberry, and coffee. Cave Shakes are currently sold in select retail locations with online ordering coming soon. Check caveshake.com for availability.

Those on a keto diet typically monitor their ketone levels with a blood ketone meter. While blood tests are considered the gold standard, many people especially children do not like having their fingers pricked. Joe Rogan has callouses on his hands and fingers that prevent him from getting good blood samples. The Ketonix Breath Ketone Analyzer is an alternative way to monitor ketones by measuring acetone levels in your breath. There are several breath ketone analyzers on the market but Dom D’Agostino has the most experience with Ketonix and says it’s a pretty good indicator of ketone levels. The Ketonix Breath Ketone Analyzer connects to your smartphone via Bluetooth so you can visualize your data with the Ketonix iPhone or Android apps.

Craving pizza while on a ketogenic diet? Real Good Foods makes tasty low-carb frozen pizzas that will keep your diet on track. The pizza crust is made from chicken breast meat and parmesan cheese. D’Agostino eats one or two of these keto pizzas for breakfast and says they’re legit. Each pizza contains 25g of protein, 16g of fat and only 4g of carbs. They are available in three flavors: Pepperoni, Supreme, and Three Cheese. Sold in packs of six.

For more information about Dom D’Agostino and the ketogenic diet, check out his website: ketonutrition.org.

Dom D’Agostino has also appeared on the Found My Fitness Podcast with Dr. Rhonda Patrick and was a guest on the Tim Ferriss Podcast episodes: 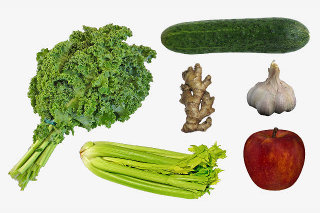 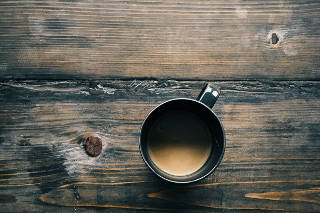 What is Joe Rogan drinking on the JRE Podcast?